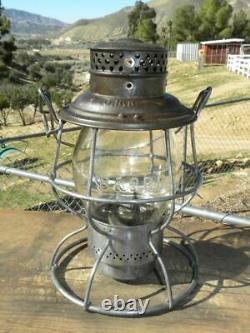 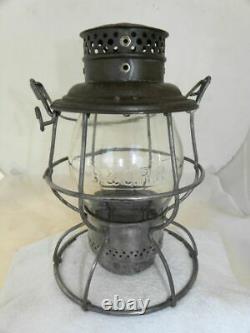 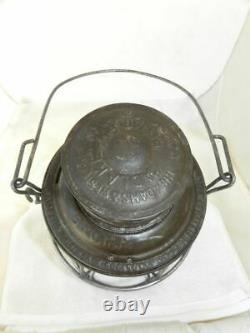 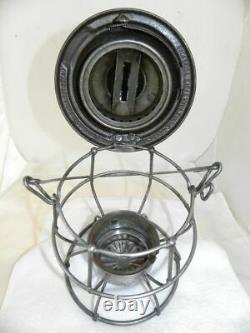 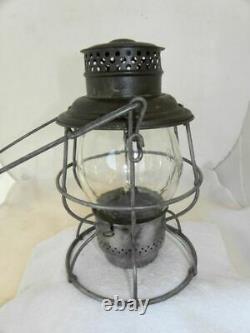 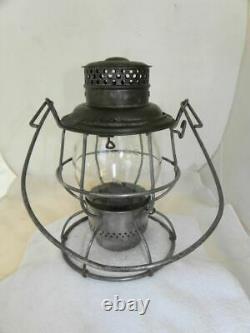 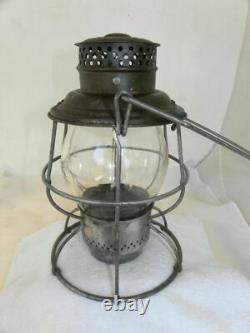 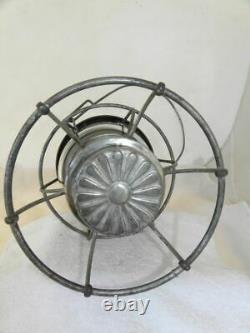 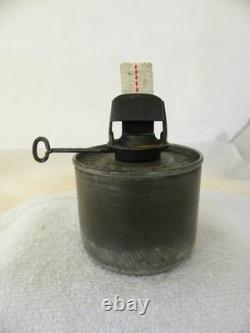 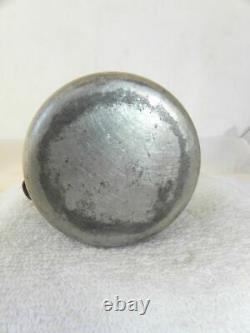 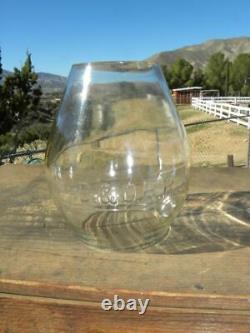 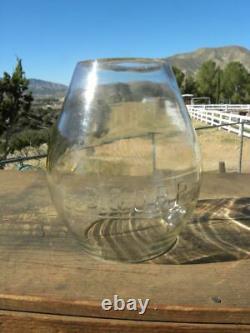 Offered is a vintage piece of American Railroad History , a Baltimore & Ohio Railroad Lantern with a Clear Cast B&ORR Lantern Globe. The frame is an Adams & Westlake 3-piece top Reliable, single wire guard, drop in fount style and is embossed on the shoulder B&ORR. The lantern frame has a natural aged patina on the lid; cleaned of oil & grime, stands straight, no extra holes drilled, major dents, or bent parts. One bail locking ear has been removed, probably by the railroader that used the lantern long ago to make it easier for signaling.

The vertical guard where the bail lock was removed has been soldered to the top horizontal wire, keeping the frame straight and tight. The frame has a last patent date of 1913.

It comes with an Adlake 300 fount and burner that are fully functional and would hold fuel and burn if desired. The fount still contains its original factory wadding and the wick easily moves up and down when the adjuster is turned. The Clear Cast Lantern Globe is in excellent condition and free of damage such as chips, cracks, scratches, or cloudiness. It is boldly cast B&ORR in a rectangular panel along with the CNX logo, indicating it is made by Corning Glass. As with any globe that was used in actual railroad service, there may be some minor roughness on the top and bottom rims that will not show when the globe is seated in the frame.

The Baltimore an Ohio was a Class 1 Railroad that operated in the eastern part of the United States from 1830 to 1987. In 1987 it became part of CSX Transportation. Be sure to view all photographs closely as they are part of the item description.

The item "BALTIMORE & OHIO RAILROAD LANTERN Clear Cast B&ORR Lantern Globe" is in sale since Sunday, March 7, 2021. This item is in the category "Collectibles\Transportation\Railroadiana & Trains\Hardware\Lanterns & Lamps".