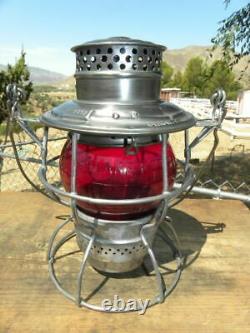 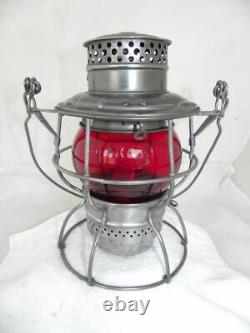 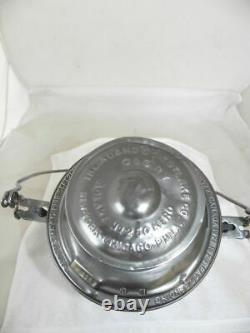 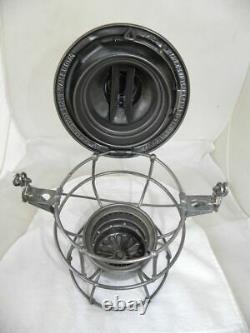 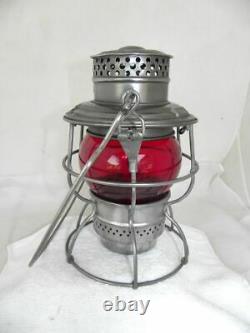 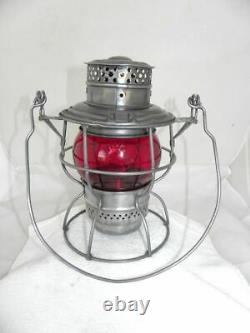 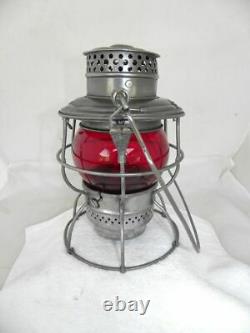 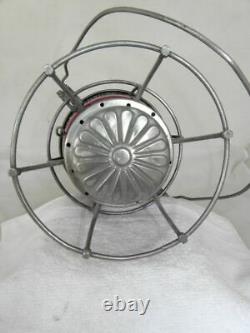 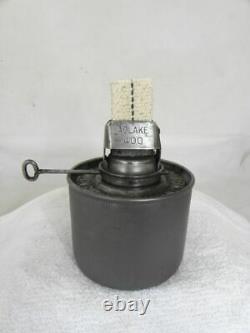 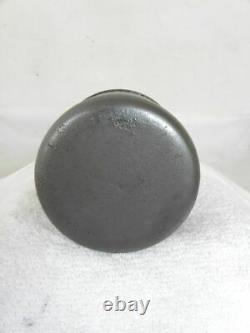 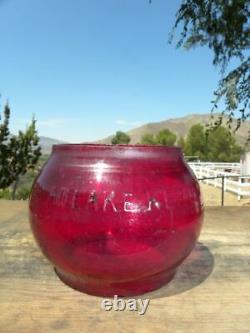 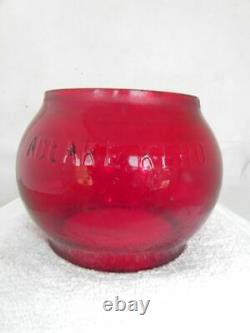 Offered is a vintage piece of Colorado Railroad History , a Colorado & Southern Railroad Lantern with a Signal Red CNX Lantern Globe. The lantern frame is an Adlake 250 Kero and is embossed on the top of the lid C&SRY. The frame is in excellent condition; clean metal, stands straight, has no extra holes drilled, bent, broken or missing parts. There are some minor dings on the lid from years of use on the railroad. The lantern frame has a last patent date of 1923 and an Inventory or Control #1632 incised on the number pad.

It comes with an Adlake 400 fount and burner (takes a 7/8 flat wick) which appear to be in working order. The fount has no visible holes or damage, retains its original factory wading, but has not been tested.

The wick easily moves up and down when the adjuster is turned. The Signal Red Lantern Globe is in excellent condition; free of damage such as chips, cracks, or scratches. There is some staining on the rims and the usual small chips and nicks on the top and bottom rims from years of use on the railroad, none of which show when the globe is seated in the lantern frame. The Colorado & Southern had its roots in the early narrow-gauge network in Colorado. It was formed in 1898 from portions of the Union Pacific Denver & Gulf and Denver Leadville & Gunnison Railroads. The C&S became a subsidiary of the Burlington Route and existed until 1981 when it was absorbed into Burlington Northern. In 1997 the Burlington Northern merged with the Santa Fe to form what is todays Burlington Northern-Santa Fe which still operates many of the former C&S lines. Be sure to view all photographs closely as they are part of the item description. The item "COLORADO & SOUTHERN RAILROAD LANTERN Signal Red CNX Lantern Globe" is in sale since Sunday, July 25, 2021. This item is in the category "Collectibles\Transportation\Railroadiana & Trains\Hardware\Lanterns & Lamps". The seller is "rrcollectionconnection" and is located in Acton, California. This item can be shipped to United States.