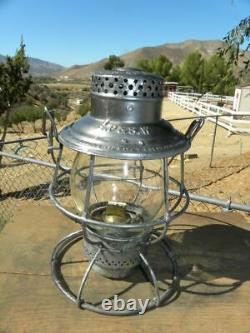 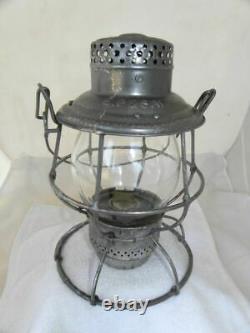 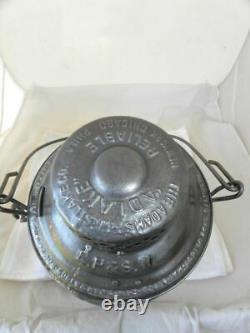 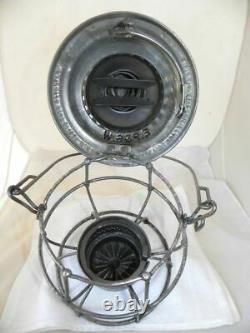 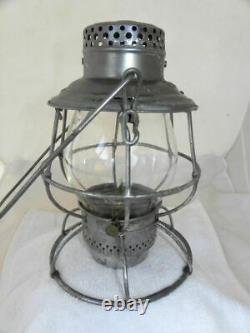 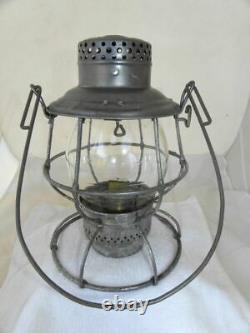 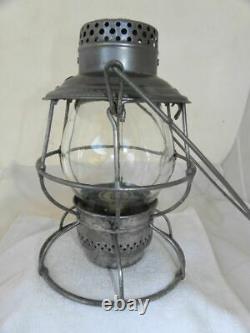 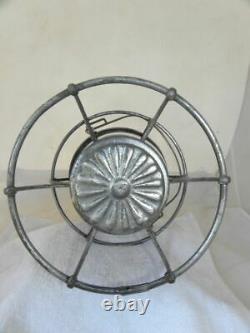 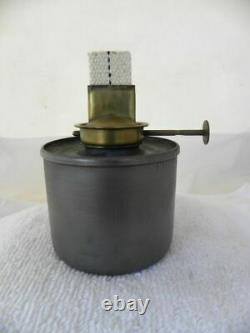 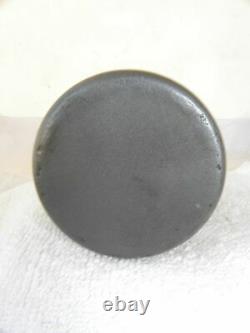 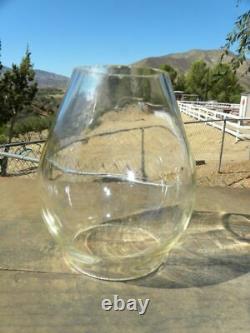 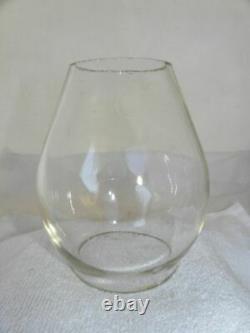 One of the bail ears was removed, a common practice of railroad employees, which allowed for easier signaling. The alteration was well done and the hook portion that attaches the vertical wire to the top of the cage is still in place and secure (see photos). The frame was one of the first Reliables made, having a last patent date of 1912. There is an Inventory or Control # 8679, incised on the lid.

It comes with a threaded fount and brass E. The fount and burner appear to be fully functional and should hold fuel and burn if desired but has not been tested. There are no visible holes in the fuel fount and the wick easily adjusts up and down when the adjuster is turned. The Clear Lantern Globe is in excellent condition and free of damage such as chips, cracks, scratches, or cloudiness. The globe has the CNX.

As with any globe that was used in actual railroad service, there may be some minor roughness on the top and bottom rims that will not show when the globe is seated in the lantern frame. El Paso and Southwestern Railroad. The line had extensions across the international border into. The railroad was known as the. Arizona and South Eastern Railroad.

For most of its life it was controlled by Phelps Dodge to support its mining operations. The EP&SW acquired the El Paso & North Eastern in 1908 and was itself acquired by the Southern Pacific in 1924.

It became part of SPs Sunset Route and portions are still operated today by the Union Pacific which acquired SP in 1997. Be sure to view all photographs closely as they are part of the item description. The item "EL PASO & SOUTHWESTERN RAILROAD LANTERN Clear CNX Lantern Globe" is in sale since Sunday, October 10, 2021.

This item is in the category "Collectibles\Transportation\Railroadiana & Trains\Hardware\Lanterns & Lamps". The seller is "rrcollectionconnection" and is located in Acton, California. This item can be shipped to United States.