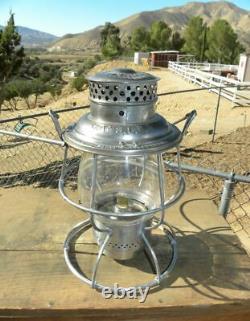 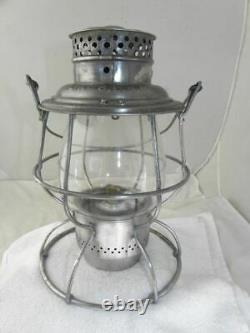 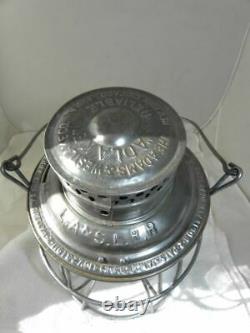 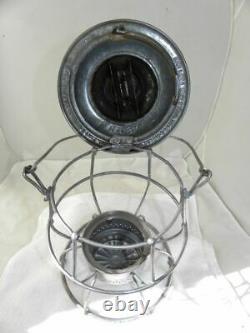 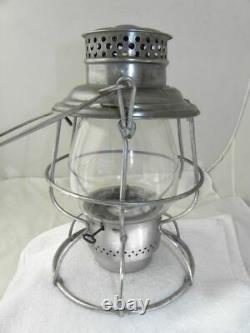 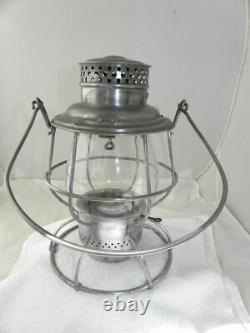 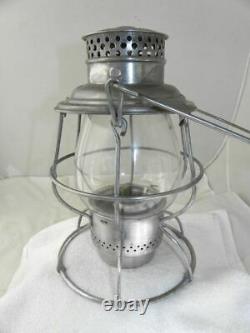 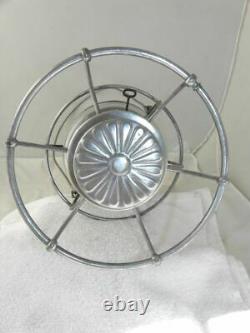 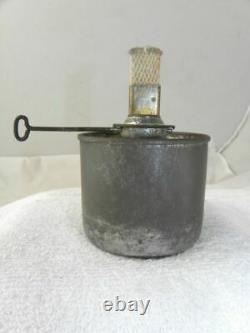 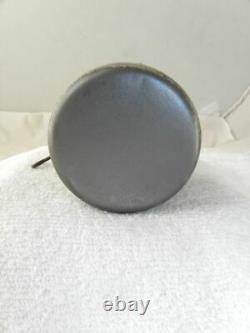 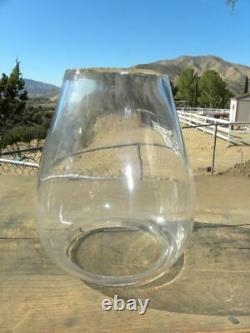 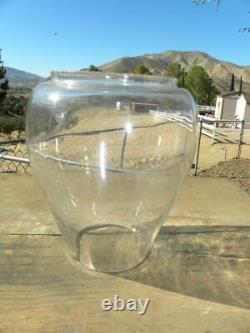 Offered is a vintage piece of Western American Railroad History ; a rare and hard to find Los Angeles & Salt Lake Railroad Lantern with a Clear Unmarked Extended Base Lantern Globe. It is nicely embossed LA&SLRR on the shoulder of the lid. The lantern frame is an Adlake 3 pc. Top, Reliable, single wire guard, with a drop in fount.

The lantern frame is in excellent condition, clean metal, retains lots of tinning, cage is straight with no major dents, holes, bends, breaks or missing parts. There is surface rust on the upper globe retainer. The bail locking ears may appear to be cut off but were not. All LA&SLRR Reliable lanterns were ordered without bail locks and they were removed at the factory, then fitted with a non-locking bail. It has the correct threaded fount and Adlake burner.

Fount and burner are in working order and will hold fuel and burn if desired. The wick easily moves up and down. The Clear Extended Base Lantern Globe is a later, transitional short Extended Base that fully seats in the frame. The lantern globe is in excellent condition; free of chips, cracks, scratches or cloudiness. The letters "CH" are embossed below the top rim and there is a manufacturing flaw that may appear as a crack or scratch but is not.

As with any lantern globe that was used in actual railroad service there may some roughness on the top and bottom rims that will not show when the globe is seated in the frame. There are no known LA&SL marked globes, only SLR (Salt Lake Route) and earlier SPLA&SL. The Los Angeles & Salt Lake Railroad was first organized as the Los Angeles Pasadena & Glendale in 1890. In 1891 the name changed to Los Angeles Terminal.

Be sure to view all photographs closely as they are part of the item description. The item "LOS ANGELES & SALT LAKE RAILROAD LANTERN Clear EB Lantern Globe" is in sale since Sunday, November 29, 2020. This item is in the category "Collectibles\Transportation\Railroadiana & Trains\Hardware\Lanterns & Lamps". The seller is "rrcollectionconnection" and is located in Acton, California.